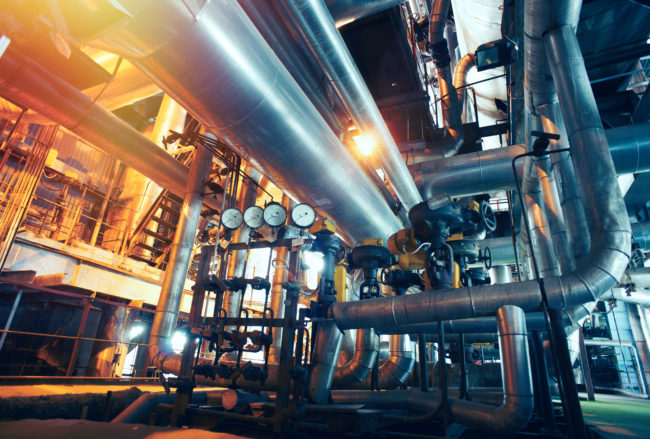 Court Reverses Judgment Against Garlock Based on Causation, But Affirms Against Premises Owner Supreme Court of Illinois, December 19, 2019

TEXAS – In Union Carbide Corporation and GST Settlement Facility v. Oscar Torres and Dora Torres, the Court of Appeals of Texas, Corpus-Christi-Edinburg ruled on an appeal filed by appellants GST Settlement Facility, successor-in-bankruptcy to Garlock Sealing Technologies LLC and Union Carbide Corporation (UCC) following a jury trial in favor of appellees. The appellees lawsuit alleged that Oscar Torres developed mesothelioma as a result of his exposure to asbestos while working at a UCC chemical plant with Garlock gaskets. UCC appealed based upon the insufficiency of evidence on three issues:

With regard to Garlock, the appeal argued that the appellees failed to present sufficient evidence that Oscar’s exposure to its gaskets was a substantial factor in causing Oscar’s mesothelioma.

Oscar was diagnosed with mesothelioma in 2009, and sued approximately 19 defendants, alleging causes of action for premises liability, products liability, negligence, and fraud. However, UCC and Garlock were the only two defendants left at trial. Oscar worked as a pipefitter at UCC’s Brownsville chemical plant between 1975 and 1977, and was allegedly exposed to pipe insulation containing amosite fibers, as well as Garlock 7705 gaskets. UCC and Garlock did not dispute that Oscar suffered from mesothelioma as a result of asbestos exposure.

Oscar’s job duties involved the assembly, disassembly, fabrication, installation, and removal of pipes at the plant, which involved work involving insulation and gaskets. Oscar was employed as a welder and pipefitter at other jobsites, but did not allege asbestos exposure from his employment.

The evidence in the case established that UCC stopped purchasing and installing new asbestos insulation in 1972, but asbestos insulation remained throughout the plant during his employment at the Brownsville plant as a pipefitter. Oscar testified that he worked in the vicinity of insulators on a daily basis, and estimated that he worked within 20 feet of the workers as they cut insulation with a saw. Former coworkers from the Brownsville plant confirmed that testimony, and testified that he observed Oscar work within two to three feet of insulators.

UCC previously retained Gran Townsend as an industrial hygienist for the UCC plant. He concluded in a November 1982 memorandum that acknowledged the continued existence of asbestos insulation throughout the Brownsville plant. Another UCC employee further confirmed that insulators were often hired to work above other workers, including pipefitters, which resulted in dust falling on workers below.

Concerning gaskets, Oscar testified that he removed Garlock 7705 gaskets from flanges two to three days per week with a metal spatula and wire brush. Co-workers further confirmed that crocidolite asbestos gaskets were utilized at the plant during Oscar’s employment.

The appellees retained Dr. Samuel Hammar as a clinical pathologist. Based on his review of Oscar’s work history, he concluded that Oscar’s condition was caused by exposure to asbestos from insulation and gaskets while working as a pipefitter at the UCC plant. Dr. Hammar did not believe Oscar had any significant occupational asbestos exposure other than from this employment. The appellees retained other experts to offer opinions in this case related to Oscar’s asbestos exposure.

The jury ultimately returned a verdict in favor of appellees, allocating 90 percent of fault to UCC and Garlock, with the remaining 10 percent allocated to Oscar’s non-party employer, B&R. The jury awarded $1.5 million for future pain, mental anguish, and medical expenses, and another $1.5 million to Dora Torres for future loss of consortium.

UCC challenged the sufficiency of the evidence supporting the finding that UCC exercised or retained some control over the manner in which Oscar’s pipefitting work at UCC’s premises was performed.  UCC argued that B&R, as an independent contractor, controlled Oscar’s work, thus eliminating premises owner liability. After analyzing various cases regarding the control exerted over employees in similar contexts, the court concluded that there was sufficient evidence to support the jury’s finding.

UCC further argued that there was legally insufficient evidence that UCC had actual knowledge that the Garlock gaskets were dangerous. In its decision, the court noted that UCC did not dispute that it had learned that respirable asbestos was a health risk by the time Oscar worked at the Brownsville plant. By limiting their argument as to the actual knowledge as it relates to the dangers of Garlock gaskets, as opposed to other sources of asbestos at its plant, UCC failed to demonstrate reversible error.

UCC and Garlock both argued that there was insufficient causation evidence as it relates to exposure to asbestos at the UCC plant or from the Garlock gaskets. The court analyzed the facts of the case under the Lohrmann and Bostic standards. With regard to UCC, the Court concluded that there was legally sufficient evidence to establish specific causation that Oscar’s asbestos exposure at UCC’s Brownsville plant caused his mesothelioma. With regard to Garlock, the court opined that since Garlock was a products liability defendant, appellees were responsible to meet the substantial factor causation test for multiple exposure cases.

The court analyzed the evidence, and held that while appellees presented evidence of Oscar’s average exposure to asbestos when removing gaskets, there was no evidence showing that such a dose more than doubled Oscar’s risk of developing mesothelioma as required by Bostic. The court ultimately ruled that the evidence attributable to Garlock was legally insufficient to establish that exposure to the Garlock gaskets was a substantial factor in causing his condition. Therefore, the court reversed the portion of the judgment against Garlock, and affirmed the remainder of the judgment.