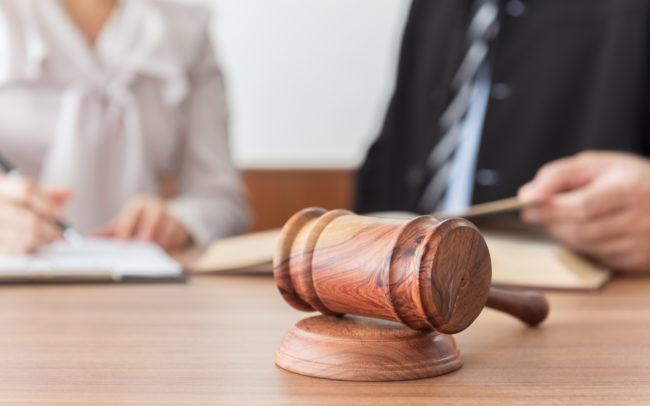 Motions to Dismiss Denied in Consolidated Cases Brought by Two Groups of Beneficiaries U.S. District Court for the Eastern District of Louisiana December 2, 2019

LOUISIANA – The plaintiff, Federico Lopez, filed a lawsuit in June 2017 in Louisiana state court alleging his malignant mesothelioma was caused by his exposure to asbestos at unidentified facilities. He passed during the pendency of the lawsuit, and his surviving spouse and child maintained the case (the Lopez action), and asserted a wrongful death claim.

On November 8, 2018, the plaintiffs, Jessica and Alfred Soliz, filed suit in Louisiana state court (the Soliz action), asserting strict liability and negligence claims on behalf of Lopez and alleging they were also his children. Both cases were removed and consolidated.

In the Lopez action, the plaintiffs dismissed Goulds and ITT (defendants) and the court later granted joint motions to dismiss all claims against both of those defendants, with prejudice.

In the Soliz action, four defendants filed motions to dismiss arguing that the Soliz plaintiffs lacked statutory standing to bring their claims because they had not proven their biological relationship to Lopez. Goulds and ITT also filed motions to dismiss on those grounds, in addition to arguing that their claims must be dismissed with prejudice, under res judicata, since they were dismissed in the Lopez action.

Next ArticleBoard of Veterans' Failure to Review Medical Evidence Leads to Remand For Former U.S. Marine