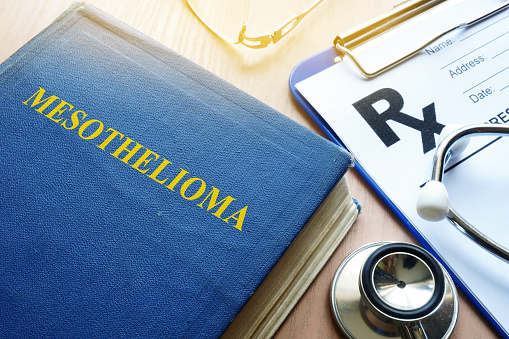 In Schneider Electric USA, Inc. v. Paul Williams, as Executor of the Estate of Vickie Williams, the court of appeals affirmed a trial court’s denial of the sole defendant’s motion for summary judgment. In this case, Vickie Williams’ father worked for Schneider Electric USA, Inc., formerly known as Square D Company (Square D), for several years. During that time, she allegedly encountered asbestos brought home on her father’s clothing. Ms. Williams also worked for Square D for a few months as a teenager. She later sued Square D, alleging that asbestos exposure at their facility led to her mesothelioma. Square D argued that Ms. Williams’ summer employment triggered the exclusive remedy provision of the Kentucky Workers’ Compensation statutes where her only potential recourse was through a workers’ compensation claim.

In her unverified complaint filed in May 2016, Ms. Williams asserted that she was exposed to asbestos when working at Square D’s facility in 1978 and was indirectly exposed to asbestos fibers from her father’s clothing. Ms. Williams died in February 2017, and her husband/executor was substituted as the named plaintiff. After the close of discovery, Square D moved for summary judgment, which was denied by the trial court, which concluded that KRS 342.690 applied only to workplace injuries and there was no evidence that Ms. Williams’ mesothelioma was caused by her employment.

In Square D’s appeal, they argued that Ms. Williams made judicial admissions that her claim was based (at least in part) on direct exposure to asbestos during her brief employment with Square D, and the action was therefore barred by the exclusive remedy provision. Square D’s argument relied mainly on the complaint, Ms. Williams’ deposition testimony, and her expert disclosure list. The court of appeals held that none of those three items, individually or collectively, constituted judicial admissions. In its review of these items, the court relied on the opinion in Ford Motor Co. v. Zipper, 502 S.W. 2d 74, 78 (Ky. 1973), which held that “unverified complaints are not generally regarded as competent evidence of an admission or confession against the party on whose behalf such pleadings are drafted.” In its review, the court held that Ms. Williams’ testimony regarding her employment at Square D only generally alleged exposure to dusty conditions, without specifically stating that the workplace dust contained asbestos. Therefore, her testimony did not constitute a judicial admission. In its consideration of Ms. William’s expert disclosure, the court declined to treat it as a judicial admission since such disclosures are not considered pleadings under CR 7.01, and they do not certainly disclose the opinions of experts, but only anticipated testimony. Accordingly, the court of appeals declined to treat this information as judicial admissions against Ms. Williams.

In denying to apply the workers’ compensation bar to Ms. Williams, the court of appeals disagreed with Square D’s argument that since Ms. Williams worked for Square D, any non-work-related injuries she may have suffered due to her father’s employment at Square D were not compensable. The court of appeals further disagreed with Square D’s argument that Ms. Williams’ injuries were indivisible and unapportionable, as Square D failed to cite any evidence showing that Ms. Williams was exposed to asbestos during her employment at Square D. The court further held that the trial court appropriately stated that it would permit jury apportionment between the work-related and non-work-related injuries to account for the possibility that the evidence at trial would permit a finding that Ms. Williams’ injuries were caused, in part, by her employment.

The court of appeals further held that Square D’s arguments regarding the apportionment of damages would result in a potential windfall for Square D, as it would essentially immunize the company from any fault it had as Ms. Williams’ father’s employer because she briefly worked for the company. As Square D failed to provide authority supporting its theory that an employer is immune from liability for non-work injuries simply because a plaintiff also was once that same entity’s employee, the court of appeals applied the apportionment procedures established by the Kentucky Supreme Court in Owens Corning Fiberglas Corp. v. Parrish, 58 S.W. 3d 467, 479 (Ky. 2001), with the only difference being that Square D would be listed in the instructions as an employer to both Ms. Williams and her father.