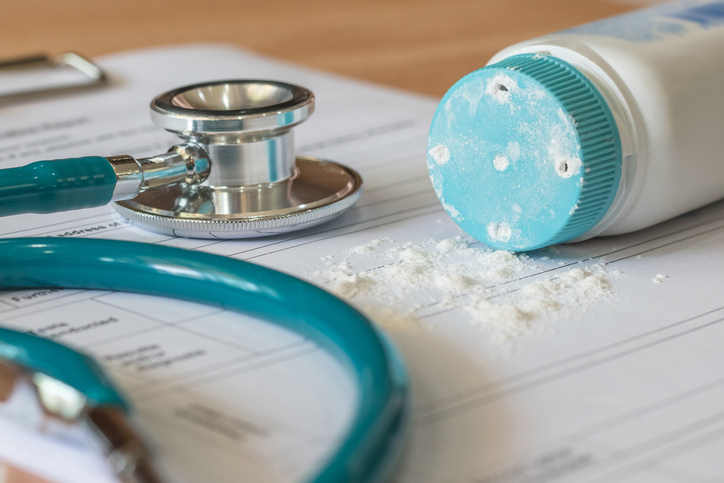 The plaintiff, Doris Gordon, alleged that she developed fatal mesothelioma in part from her use of asbestos-contaminated Cashmere Bouquet talcum powder that was manufactured, marketed, and sold by the defendant, Colgate-Palmolive. Colgate sought exclusion of the testimony of the plaintiff’s expert, Dr. Ronald Gordon. The court considered Colgate’s Daubert motion to exclude Dr. Gordon’s testimony and a separate motion in limine to preclude evidence regarding the plaintiff’s testing because of lack of authenticity and relevance of the talc tested. The Daubert motion was granted, and the motion in limine was granted in part and denied in part.

Dr. Gordon reported that he found tremolite asbestos fibers in all of the Cashmere Bouquet samples that he tested, as well as in the plaintiff’s lymph node tissue. In testing the talc samples from a variety of sources, Dr. Gordon did not use the United States Pharmacopeia (USP) method utilized by the FDA, and instead used a method of testing modified from the principles of George Yamate. The USP method required an analyst to perform infrared absorption or x-ray diffraction of a sample of talc. If the sample was positive for asbestos, the analyst then used a polarized light microscope to determine if it contained a population of fibers with asbestiform characteristics. The Yamate Method entailed three different levels of analysis, and each level involved examination of a sample using an electron microscope. Dr. Gordon tested over 50 samples of Cashmere Bouquet talcum powder and concluded that he found asbestos fibers in all of the containers. He also determined that he found one tremolite fiber in the plaintiff’s lymph node tissue.

The court found that Dr. Gordon’s product contamination opinion was unreliable because

They agreed with Colgate that Dr. Gordon’s modified Yamate method of testing did not account for the risk of false positives and that it digressed from “generally accepted methods.” They further found Dr. Gordon’s specific causation opinion unreliable as it failed to account for the plaintiff’s testimony regarding insulation exposures, and solely attributed her mesothelioma to her use of talc products.

The court separately considered Colgate’s motion to preclude evidence regarding the plaintiff’s testing because of lack of authenticity and relevance of the talc tested. They excluded Dr. Gordon’s testimony regarding samples of talc stored at the Mount Sinai School of Medicine because they were stored in an environment with other known asbestos-containing materials. They further excluded Dr. Gordon’s testimony regarding samples of talc discovered by a separate plaintiff from a different lawsuit because of questions from that trial court regarding the authenticity of that sample. However, the court permitted testimony from Dr. Gordon regarding samples of talc purchased by various law firms from various sources from 2008 to 2012, despite the fact that containers were many years old and the law firms were not the original buyers. They determined that the evidence did not establish a substantial risk that the containers were tampered with, and that questions regarding the origin of their contents could go to the weight, not the admissibility of the evidence.